The last step in the 3D animation pre-production is all about establishing a final solid visual reference for further development in production. The design process in an animation studio can start as soon as an idea is being shaped and is meant to identify key visual themes for the rest of the artists down the pipeline.

The reason for the design phase being in the pre-production is that concept artists are able to produce far beyond one concept in a limited amount of time and then finalize a particular design to the director’s liking and project’s requirements. Doing the same procedure in production phase can take months; even by the most professional 3D modelers.

Before we dive into exploring the ins and outs of design for 3D animation, let’s take a quick look at how we got here:

Up to now we know that:

What do we mean by design?

Design is the process of creating world-building artworks to be used in animation, film and video game production. These designs undergo several iterations. Multiple options are explored before settling on the final design and developing it.

The aim of the design procedure is to explore the overall look and feel of the animation and create a unique and memorable style for it. For most animation projects in the entertainment industry, this will include character design, prop design, costumes design, and environment design. The most important objective is to realize and convey the mood.

When does the design process start? When does it end?

The concept-driven process of design in animation is a dynamic procedure without a definite starting point to begin with. However it does have a definite ending. Unofficial design-related efforts can start alongside the idea generation phase and develop through storyboard and animatic creation. But design artists can officially start their work as soon as the script is ready. The point is that all decisions regarding the look of an animation should be finalized before stepping into production.

When the final designs are approved, no major changes can be made to the look of the animation; unless you’re willing to step into an endless loop of chain revisions.

What does a pre-production designer do?

The job of a pre-production artist is to create unique design ideas that seamlessly fit with the project and its unique requirements. Pre-production artists use any necessary medium to convey the concept and design they have in mind; from traditional mediums such as pen, pencil, charcoal or pastels to computer software.

Once this procedure is over, the final designs of characters, props, backgrounds and the overall style will act as a reference for the entire production team throughout the rest of the pipeline. This will help the artists get a good idea of the final product before the production phase is even started.

There are many useful tools that can facilitate the design process for concept artists or animation studios. The following tools are among the most widely-used ones here at Dream Farm:

The pre-production team will have to decide on the production style, the characters’ look, the locations’ complexity, and so on. But before any character, background or prop design can be done, the overall style of the project needs to be addressed. “Mood boards” help the pre-production team to understand style preferences of the animation project.

A mood board is a type of digital or physical collage consisting of images, drawings, sketches, color pallets or even objects that can be used to convey a particular taste or feel. Physical mood boards tend to have a stronger impact compared to the digital ones. Digital mood boards though, are easier and quicker to make.

Mood boards help the concept artists and animators immerse into the new world they intend to create. From here, a number of concepts would be drawn; including characters, character based elements, scenery and objects: style frames.

A style Frame is a fully designed snapshot of what a finished frame would look like in an animation; aiming to capture the overall look and feel of the animated video in a still image.

Style frames help convey the colors, mediums, textures, styles and other assets to be used in the final animation. The combination of storyboard and style frame is an excellent way to make sure all the team members know exactly what’s expected from the project.

Animation studios usually hand out multiple style frames to their clients, providing them with the opportunity to give feedback on the overall design of the project, pick a specific visual style or simply to have a clear idea of the final product from the beginning.

What are the main subject areas of design in animation?

There are multiple subject areas in design; most of which can be divided to further sub-categories. Design artists usually choose to specialize in one or two particular subjects and hone their design skills in those areas only. The following are four main subject areas of design in animation industry.

In many cases the design process starts with the characters. Character design is a repetitive process; the initial designs of the characters can, and probably will, change a few times until the final version is created.

Artists design the characters based on the previously created descriptions, personality traits, ambitions and sometimes a few recommended design features.

Whatever a character is wearing, from clothing to accessories, is a crucial to storytelling and helps make memorable characters.

Costume design has traditionally been an integral part of character design. But with the emergence of CGI, costumes demanded extra attention. Everything looks more real in a 3D animation and costumes can become a huge distraction if not carefully designed, textured, rigged and animated. Poorly generated costumes are easily distinguished by the audience and can disconnect them from what they see on the screen.

Prop design is all about designing any object that’s going to be seen in an animation, video game or live-action. Properties, or props in short, are simple generic models created to populate a scene in order to recreate a particular set such as an office or bedroom.

The prop designer’s job is to imagine how different objects would look like from different angels and draw them in detail, so that 3D artists can model them.

Animations are not solely made up of characters and stories; every animation needs carefully crafted environments for the characters to roam. These environments must be carefully researched and designed based on the script, mood boards and the style frames previously crafted.

Our journey into 3D animation pre-production ends here. The design process in the animation pipeline is all about creating a complete visual reference for production artists, so they won’t have to guess. Animation studios might start their design procedure early on, but the process must come to an end before production.

It is important to foresee future problems and make as many design-related decisions as possible during pre-production; so that production artists can have a vivid understanding of what they are supposed to be creating. The next step would be: 3D layout. 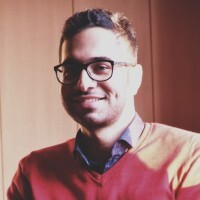 Go up and great work All ….i hope always doing well

Animatic in a nutshell; the storyboard made animated
wpDiscuz
5
0
Would love your thoughts, please comment.x
()
x
| Reply