What is the Metaverse?

The world as we know it is on the verge of change; giant tech companies like Facebook, Microsoft, and Apple have announced their definitive plans for the future of the Internet—It is called the Metaverse.

Metaverse is a compound word consisting of meta meaning “beyond” and universe meaning “world” and can be translated as “beyond the world.” The term was first used in the 1992 science fiction book “Snow Crash” by Neil Stephenson.

The American author used the word Metaverse to describe a virtual world in which the protagonist socializes, buys, and even defeats real-world enemies in the form of his avatar. Yet, the very concept of a world similar to the world of meta before this book became famous in 1984 with William Gibson’s transmedia novel Cyberpunk by Neuromancer.

Key features of the Metaverse 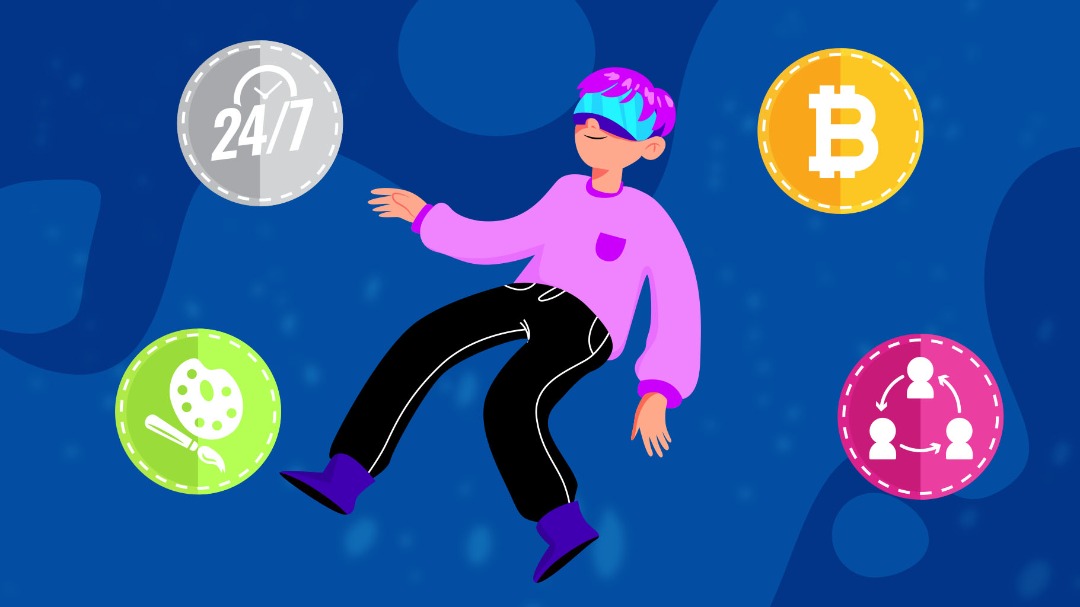 In other words, Metaverse is a vast network of ever-active virtual environments in which people can interact with each other and with digital objects around them in the form of avatars or augmented reality glasses; It is a combination of immersive virtual reality, multiplayer online role-playing games, and web browsing.

Why is Metaverse a big deal?

The Metaverse is believed to replace the current Internet and offer all its content to users, but with much fewer access restrictions. Existing online platforms allow users to move somewhat freely within the same range for each service but limit cross-platform interoperability; For example, you are free to create anything you like in Minecraft, but you cannot transfer what you have made in Minecraft to Fortnite. On the other hand, the meta virtual world allows users to generate content on any platform and distribute it freely throughout the digital world.

Unlike the current Internet, virtual world users will experience changes made by other users in real-time. If a user makes any changes to something, it is a permanent change and is immediately visible to everyone. Continuity and interoperability allow users to maintain their online identities and experiences across the world, unlike the Internet.

This means that in this universe, users no longer need to have a separate profile on Twitter, a character in Fortnite, and a Reddit account, and still can represent themselves on all of these platforms. This continuity of identity will be a critical factor in shaping how content is purchased and consumed by Metaverse users.

Metaverse going mainstream, what are the prerequisites?

We already live in a virtual world for some people, and a large part of our lives has become entirely digital. But there is probably a lot of time left to see it in the real world. According to our data, three pieces can complete the Metaverse puzzle:

According to Cision PR Newswire, the global metaverse market is expected to expand at a rate of 43.3%, from USD 47.69 Billion in 2020 to USD 828.95 Billion in 2028. Increasing demand for Mixed Reality (MR) to connect with the virtual universe without virtual reality headsets is propelling revenue growth of the market.

There is a strong demand for all kinds of activities in the metaspace like playing games, social interactions, education, commerce, and most recently, marketing. We know that data must be stored and made available to millions or maybe even billions in virtual reality worlds. The answer to this extreme demand and demand indeed lies in blockchain technology and digital currencies. Luckily, the blockchain can handle such transactions, and the rise of Decentraland and Axie Infinity virtual platforms has shown great promise. We speculate a rising demand for even more. 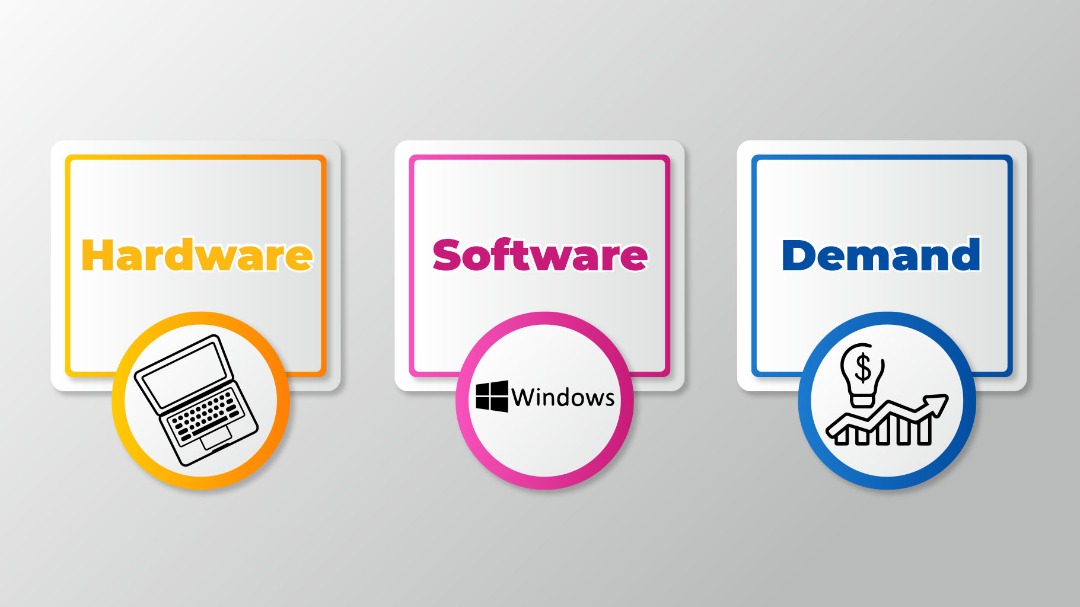 Another big problem is software limitations, which is one of the three main pillars of Metaverse. Even pioneers such as Fortnite do not allow gamers to transfer the content created on this platform to another platform. To do this, companies that own these platforms need to relinquish some control over their players’ content and user experience. When Facebook announced its plans for the next internet era, more companies unveiled their future approach to the Metaverse—that’s great news! Because once renowned companies are the pioneers, more platforms get into the development, which to a great deal solves most software complexities.

The biggest obstacle is hardware limitations. At present, the World Wide Web and computing capabilities world can’t support a stable digital world that can host millions of users simultaneously and instantly. Even if this network and computing power level are available, energy consumption will pose many problems for power grids and the environment. Hardware struggles are still the final obstacle, but with more demand and investment into the virtual world, it’s a matter of time before we see Metaverse going mainstream.

Metaverse and NFT, what’s the relation?

Non-fungible tokens (NFTs) are a new virtual (digital) asset to which Metaverse owes much of its growth.

An NFT represents an abstract digital item, which could be an image, video, or item in a digital game. The identity of the owner of each NFT is recorded on the blockchain network, and consequently, the NFT becomes a type of asset that can be traded as a token of a particular item. To learn more about this, check out our article about the impact of NFT digital art. 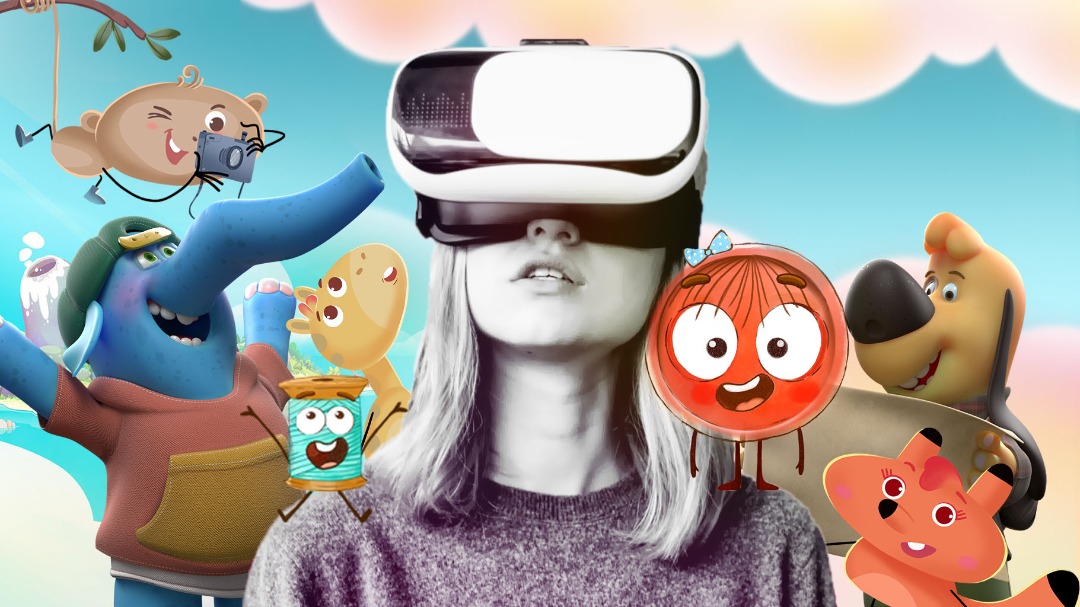 The impact of virtual worlds on the animation industry

As time goes by, people’s attention span gets less and less; as a result, they get bored with the typical ways of entertainment and prefer to get entertained in more noble ways. This can be a signal of how the future of animation is going to change. Sitting in front of your screen and watching an animated feature film will become somewhat of a chore; people want to be a part of the story and interact with it.

Despite technological hurdles, the Metaverse is here to stay. Its development will occur naturally with the broader presence of people in the virtual world and the greater connection of their identities to virtual life.

The animation industry has already entered a new phase with the appearance of virtual and augmented reality. Now, with NFT and Metaverse dominating the media, it’s going to be even more possible to see animated pieces in a virtual world—but this time more immersive than ever before! 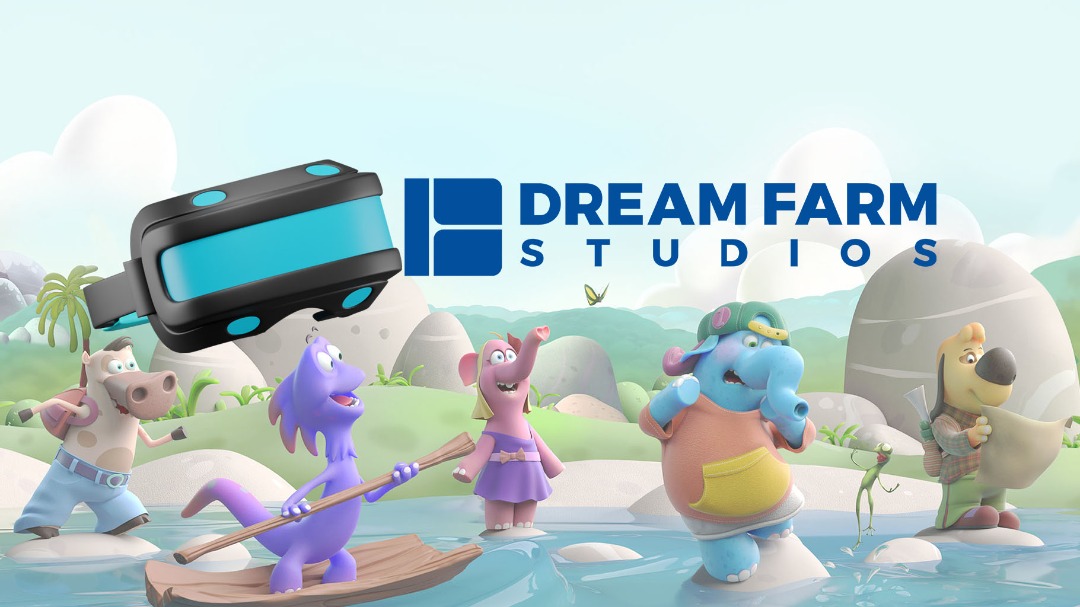 Metaverse has a lot of potential as it can deliver an infinite number of ways for interaction and immersion; the users can buy the clothes they desire, customize their avatar precisely to their preference, and experience events, parties and play games in the most creative and interesting ways. All of these are still predictions but from what we’re experiencing right now on the media, virtual platforms, and huge technological advances, it’s not a far-fetched destination.

Dream Farm Studios and the Metaverse

Animation studios are on the verge of incorporating VR and AR expansions into their services as the demand increases. We at Dream Farm Studios have recently started a subsidiary agency called DFA to realize this opportunity, fill the gap, and offer immersive and interactive services for virtual reality.

This is going to make it feel dystopian to a sizeable portion of the population. It will lose market share to a competitor that allows for the expression of the full range of human emotion.

Thank you, D. Thomas, I believe what we can infer from “active and bright” is that it will be open 24/7 regardless of the time and location. Otherwise, I’d be happy to know more about what you think about this topic.

Animated video agencies should take advantage of metaverse with the help of this blog.

The metaverse will most likely become a total surveillance network since Meta will have the opportunity to collect much more data on its users and with that data they will be able to build advanced algorithms that will predict user behavior and give them the ability of subtly influencing that behavior.

Don’t get fooled. This is applied cybernetics and nothing less.