How does psychology impact a character design?

Every visual element must manifest the personality of the character. The physical attributes like color and shapes form the first presupposition about the personality. The combination of visual assets and internal being results in a sophisticated character design. Well-drawn visuals give a good first impression. And the well-formed characteristics make the audience follow the story.

The viewer’s first impression of a character is made in 7 to 12 seconds. That is why it is crucial for a character to project its personality through its appearance. Therefore, before designing a character, the inner psychology and mentality of a character and its effects on the physical attributes should be surveyed.

Appearance alone can visualize a character’s personality and mental state. Here’s how!

Color as an important factor of psychology in character design

The research of color is science itself and day by day its importance is getting more emphasis. A survey conducted by Dr. Max Luscher (1969) suggests that our perception of color is objective but our preference is subjective. This means that people reveal themselves unconsciously through color without the interference of conscious choices. Colors are the mother tongue of the subconscious. They can evoke an instant reaction in an audience.

When designing and choosing colors, it is important to consider cultural differences in the perception of color For example, white in western society is the symbol of purity but in some influences the audience and helps the creation of aesthetics. So, it is useful for designers to understand color psychology and symbolism.

We as humans can understand and feel people’s nonverbal actions. This is because of our need to figure out people by their agreeableness and dominance.

Agreeableness shows the number of social shows the amount of social receptiveness a person portrays or how friendly they are told us. This is culturally dependent. However, a smile, energetic voice, and relaxed presence are common signs we interpret as agreeableness. Low agreeableness signs are angry expressions and stiff stances.

Dominance shows how much higher a person is in a social hierarchy. Permanent cues like age, family, health, or wealth, and controllable cues like physical traits like body, face, and voice help us understand people.

All of these physical and nonverbal attributes portrait the inner world of a character. They prove the connection between physical appearance, internal perception, and psychological behavior.

It is also worth mentioning that studies suggest nonverbal behavior plays a critical role in commercial animations too. Take a brand mascot for example. What actually matters is how color and shape are combined to communicate all of the brand values. 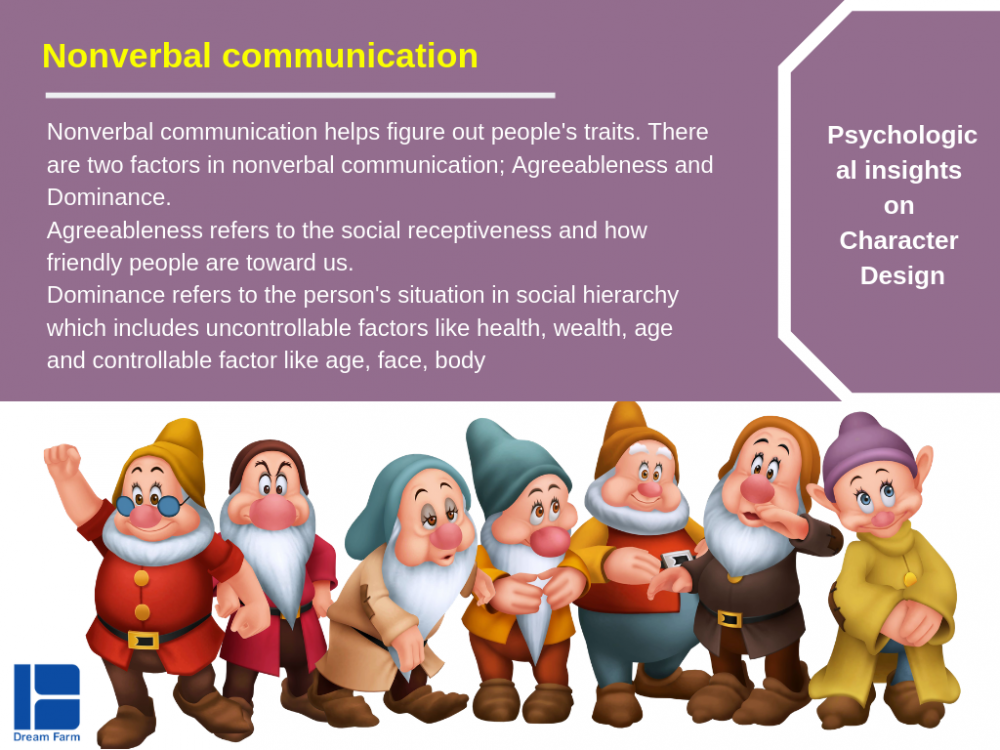 When we react to an event or situation the impression on our face and our body, speaks a lot about us. If someone always stands alone in public with a close stance a looking around worrying about something, it can be interpreted that the character is insecure. On the other hand, if someone stands up straight, taking up space around themselves we would think he is a dominant person.

These attributes give others the ability to read and interpret social situations through visual cues. So as the character designer should give the audience something to read from. 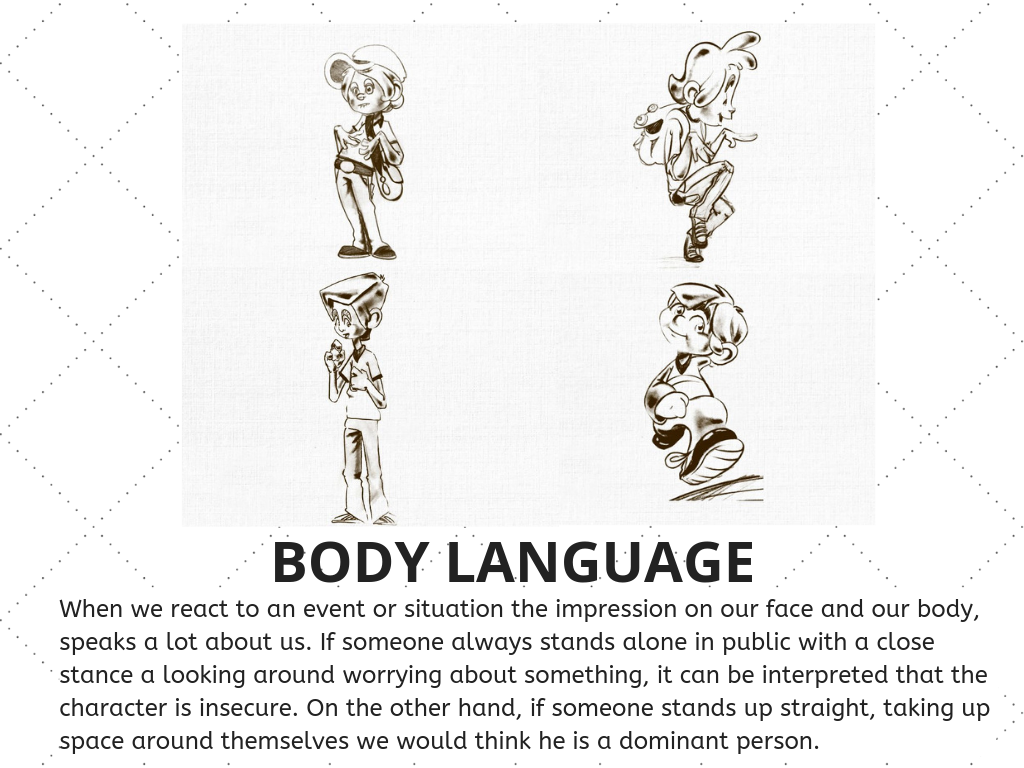 We have recently added a new article that sheds some light on shape language as an important factor in character design. we recommend you look at this article to see the impact of psychology in practice.

We had a class back in college talking about how to make a character visually engaging. Most of the tips we learned there came down to subconscious and psychological factors that people are not consciously aware of. The 3 things mentioned here perfectly elaborates the things I learned.

Thank you very much Walter for the kinds words. We are more than happy our content is aligned with academic studies.

Thank you for the informative article. The psychology of the character is very important to make a quality animation.