In 1972, the UN General Assembly convened in Stockholm, Sweden, to discuss human and environmental issues. At the same time, the UN General Assembly adopted a resolution establishing the United Nations Environment Program (UNEP). The United Nations believes that this day provides an opportunity for the intellectual thinking and responsible behavior of individuals, companies, and communities to preserve and develop the environment. Therefore, due to the holding of the UN Convention on June 5, this day was named World Environment Day.

UNEP aims to hold and commemorate such events “to give a human face to environmental issues, to empower people and to raise public awareness, to become activists in the field of sustainable and balanced development and to promote participation to ensure the future of all nations” It is safer and happier.

The slogan of our World Environment Day 2022 is “Only One Earth” (#OnlyOneEarth), which calls for collective and revolutionary action on a global scale to protect and rebuild our planet.

Corporate Social responsibility of environment preservation sets organizations and companies to reduce waste disposal, minimize the use of paper by using modern technology in official correspondence, reducing greenhouse gas emissions, maximizing efficiency and optimal energy consumption, and minimizing Are practices that may negatively affect the use of natural resources in future generations.

By modifying the lifestyle and consumption pattern, each person can take a positive step toward fulfilling their social responsibility.

With the smallest of actions, we can make a significant impact on the environment and save the planet Earth, such by reducing our consumption of natural energy, such as using energy-saving light bulbs, using proper heating and cooling for our homes and Our place of work, using less plastic, less mastery of vehicles and instead choosing a bike or walking, as well as recycling garbage, separating garbage from the source is not a difficult task for anyone and with a bit of time and patience can do it. But if anyone is indifferent to this responsibility, it can become a big problem that requires a lot of capital, time, and workforce to solve, and ultimately can not be denied harm to the environment,

Regarding this special event, we’ve gathered 4 of the best animations to literate society about their sole home, The Earth.

Steve Cutts is an independent illustrator and animator. MAN is one of his most popular animations related to “Looking at Man’s Relationship with the Natural World.” Reached 44 million views on YouTube

He was able to show in this animation how for many years, humankind was able to selfishly and thoughtlessly exploit animals, lack efficient and purposeful consumption patterns, pollution of the seas with waste and chemicals, and mass production of waste without No plan to recycle it will destroy the environment and the earth, and in the end, it will fall victim to the same situation

This thought-provoking animation, produced in collaboration with four animation school students named Zoé Devise, Hugo Caby, Antoine Dupriez, and Aubin Kubiak, won 105 awards, examining the harrowing consequences of a weather disaster. , A mother and her cub are forced to migrate from the habitat (Arctic) because with human-induced climate change, icebergs melt, and their habitat becomes uninhabitable, and they show us correctly How we are destroying ecosystems and animal species

Directed by Izzy Burton, the animation was produced for Cartoon Network, which premiered in November 2018 and won the BAFTA Children’s Award, and seeks to alleviate children’s concerns about the current state of the world. An underwater whale tries to help smaller creatures grappling with plastic waste. On land, a young boy seeks help to clear the sea of ​​his area. But neither the boy nor the whale can do it alone, and this shows that we have done severe damage to nature and the environment, but we can still help each other and adequately educate children to protect them. Let’s work with nature and experience a collective pleasure.

Directed and written by Steve Cutts in January 2020, this animation also shows that when the maps change (humans are replaced by animals – that is, the land is controlled by animals), we can understand what We are committing a crime against the environment, and our harmful behaviors have become our habit, and because of the repetition, we can not understand the depth of the tragedy and how the human race is being wiped out by animals.

In this century, being literate is not limited to reading and writing. One of the factors that need to be learned in order to be literate in these years is to have sufficient information and awareness about the environment, society, and nature in which we live. , We owe it to ourselves to learn about environmental pollution, animal rights, the right treatment of nature, ways to care for and care for the environment, and to the extent that the knowledge and knowledge we acquire We have brought others to guide us and realize our responsibility,

We at Dream Farm’s family feel compelled to share the importance and necessity of this with you through our platforms and to build solidarity with each other so that we can work hard to save the land and the environment, and sometimes a team effort. It has a heartwarming and compelling result that each person is aware of their tasks and fulfills them properly. 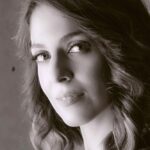