Pre-Production
Production
Post Production
After the 3D layout is created, we step into 3D modeling the characters, props, and environments. Why? Because everything that’s going to appear in a 3D animation has to be created, or “modeled”. A 3D model is a surface representation of an object created in a 3D environment like 3D software.

Creating a 3D model is probably the starting point for most animation artists and an essential part of the 3D animation production pipeline. Modeling requires careful observation, manipulation, and correction of 3D objects through different attributes of the software. Mastering this skill needs practice in various subject areas such as anatomy.

Moreover, working with 3D modeling software can be frustrating at times; because what the user experiences in most of them is not like any prior real-world experience or other common software people use in their everyday lives.

Now, let’s take a closer look at 3D modeling but before that, take a look at the following video to get see how 3D modeling works in fx and simulation:

What is the 3D modeling process?

Every 3D object that is displayed in a 3D animation is made up of a 3D mesh that can be created using a wide range of techniques. Simply put, the process of creating mesh objects in 3D software is called 3D modeling. These objects are created based on previous designs or real-world observations and will be used as the elements of the 3D environment we’re trying to create. 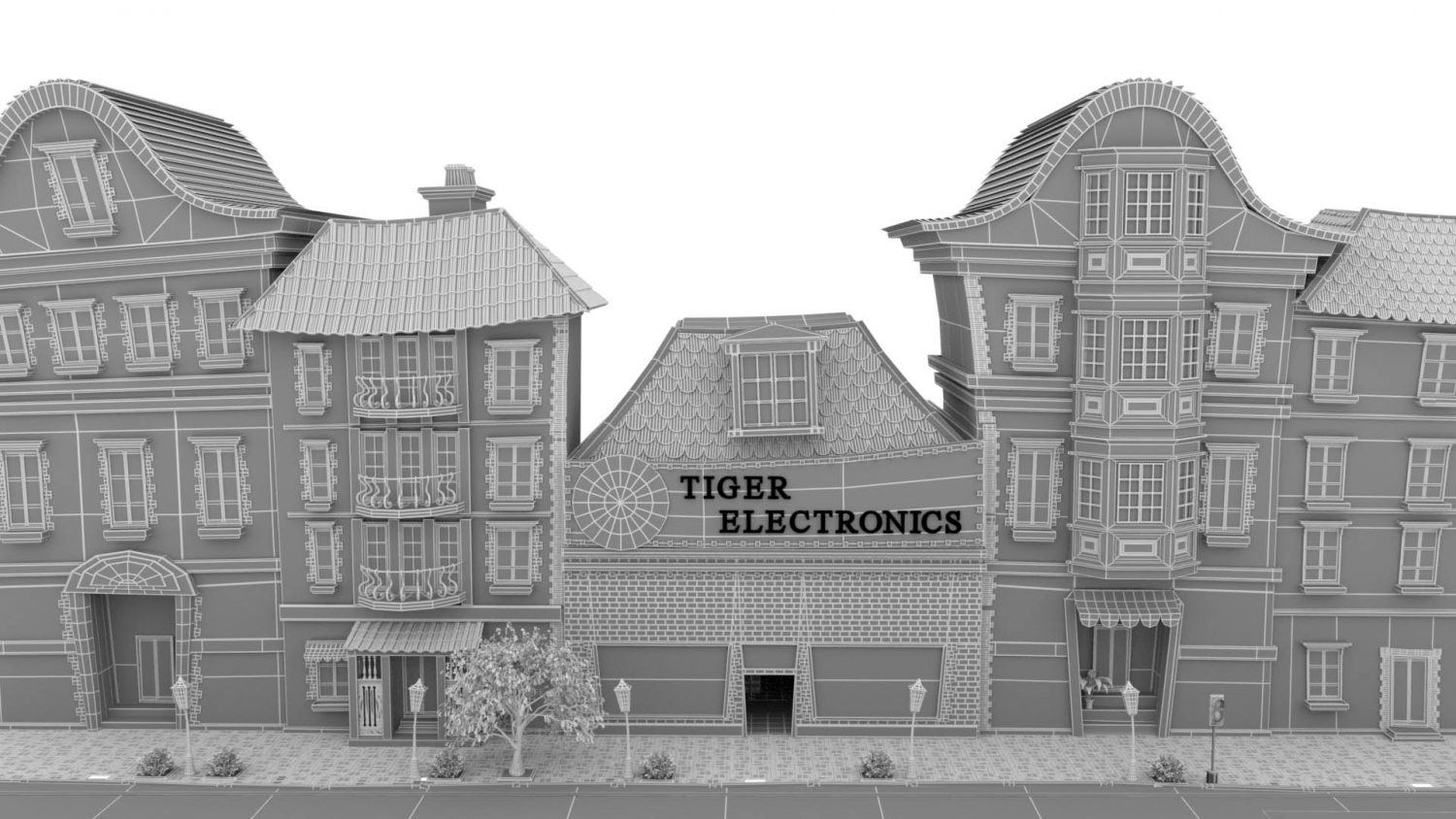 The 3D modeling process starts with the material prepared in the design component of the animation pipeline; in which the shape of each object is portrayed in detail. The design data consists mostly of drawings and sometimes sculptures as well. The job of a modeling artist is to recreate the geometry of these objects in a 3D modeling environment.

In order to be used in a 3D animated video, 3D models need to look pleasing. They also have to be functional and properly fit into the pipeline; meaning their creation should be feasible with the resources at hand.

The animation is all about movements and portraying these movements will require deformities in the objects. Contrary to 2D animation, this can be quite challenging in a 3D animation. In fact, 3D models must be optimized for a wide range of deformities caused by movement; if not, they would look extremely odd.

Cartoon modeling in a professional scope vs personal projects

The process of modeling cartoon characters in a professional production is different from when it is done for a personal project. Generally, you should know how to create the models according to the premises of the art department and prepare them so they can be part of a great production of animation. Plus, you are usually required to revise your work according to the feedback you get from seniors or in some cases, the client.

Generally, 3D modelers start with a low-resolution topology, then add more details to the 3D model. But there ARE different approaches towards creating a 3D model depending on the type of the object, the final purpose of the object, and the ability or preference of the artist or animation studio. These styles will get you to nearly the same results through different methods.

Some of the most popular techniques used for 3D modeling include:

Digital sculpting is a rather new modeling approach that relies on a process akin to clay modeling in the real world. It has changed the workflow for a vast number of 3D modelers since its introduction; enabling them to jump into creating art rather than getting stuck by the technical constraints of 3D modeling. High-res models created by this method cannot be used directly in a 3D animation; a low-res retopology model needs to be created.

Boolean modeling is not a popular approach in the entertainment industry. In this approach the geometry of an object is created by taking two objects and making them a new one; either by cutting one out of the other, combining the two, or using the negative space of the intersection as the new object.

A new method of 3D modeling was introduced with the advancement of laser scanning technology. In this technique, a real object is laser-scanned to create a digital representation of it. The scanning process is usually quick and easy, but the geometry created needs to be cleaned up before use.

Box modeling is a popular approach to character modeling. It is a quick method to create basic shapes. Everything starts with a cube in Box Modeling. The artist then starts extruding the physical features of the character like the arms, legs, fingers, etc. The 3D model will be refined by adding detail to the whole shape.

Subdivision Modeling is probably the most popular way to create a form in a 3D environment. It is used to create models with scalable detail that still look good when rendered. In this technique, the focus is often on defining form first, then subdividing it and adding more detail by using the extra polygons. This is in some ways similar to using large brush strokes initially and then adding more detail in the conventional painting.

NURBS (Non-uniform rational B-spline) geometry is a mathematical model type making use of smooth curves guideposts that will span a surface between them. NURBS models are great at representing smooth, rounded shapes but do have limitations, which makes them more difficult to use than polygons. NURBS modeling is more popular in product visualization and architecture industries.

What does a 3D modeler do in a 3D animation studio?

Pursuing a career in 3D modeling needs extensive training in 3D modeling and animation. A strong understanding of the latest industry concepts and technologies will be of great help. Most 3D animation studios shape specialized teams for different components of the animation pipeline, so interpersonal and communication skills are essential.

Working as a 3D modeler in a 3D animation studio means using your creativity and imagination on a daily basis.

Something that you should know before getting into 3d modeling, is knowing the ins and outs of a character shape language. Check our blog if you’re interested.

What is the 3D Modeling Workflow?

Each 3D artist or studio has its own workflow for 3D modeling. Different objects in a single project might also require different approaches. However, there’s a common step by step route to reaching a final 3D model; regardless of technique or style: 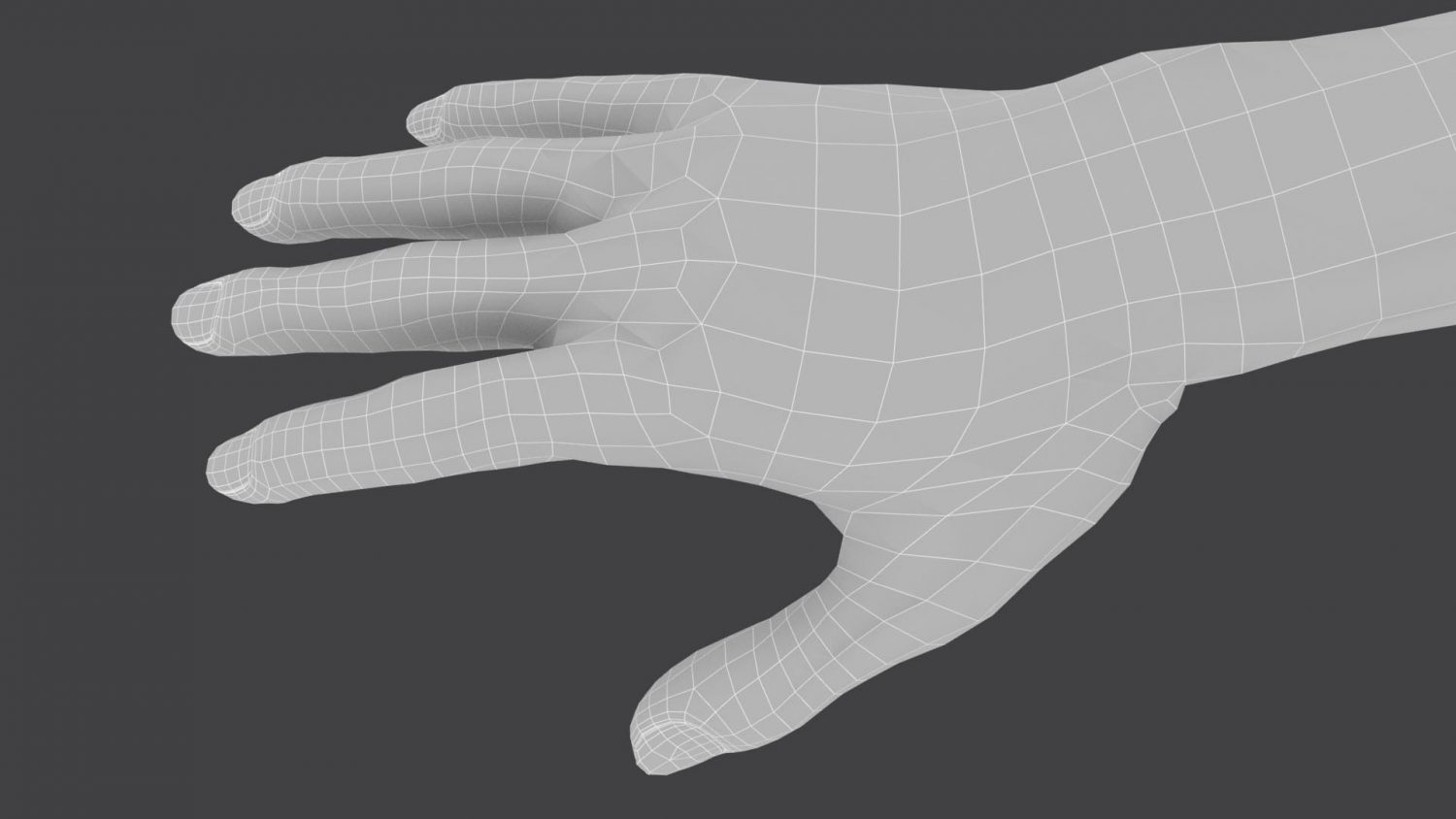 What is the best 3D model animation software?

3D modeling is used in various industries for different purposes. Over the years, different types of modeling software have been developed with a special focus. The main usage areas and their most favored software packages include:

In the entertainment industry (including 3D animation), software packages such as ZBrush, Mudbox, 3Ds Max, Maya, or Blender are typically used. The usability of these software packages is not limited to 3D modeling; they can be used to do some other tasks as well, including animation, physical dynamic simulation, texturing, lighting, rendering, and compositing.

Maya is somehow the industry standard in 3D animation these days. Whether you’re an amateur 3D artist or a professional animation studio, Maya is definitely one of the main software packages you need to consider working with seriously.

As a free and open-source 3D modeling and animation program, Blender comes with a strong toolset capable of creating professional high-quality assets and animations. However, learning Blender is not easy and it’s considered a non-standard in the industry.

Having said this, there are tons of 3D modeling software out there. Each 3D artist or 3D animation studio might choose a different software package based on project specifications and their own requirements. 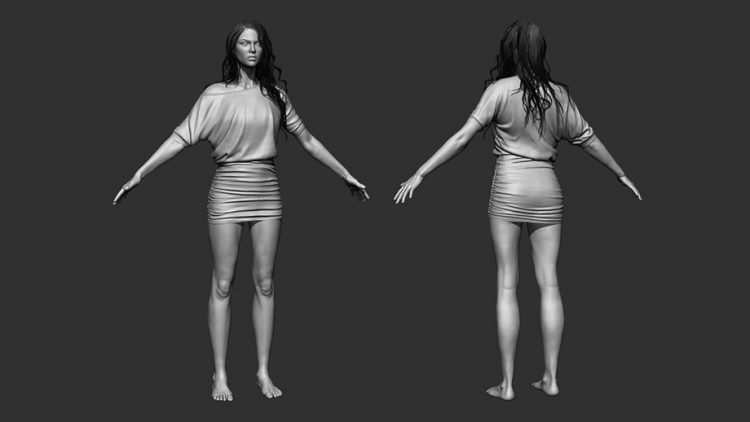 AutoCAD, Rhinoceros, SolidWorks, and SketchUp Pro are among popular software packages mostly used in the architecture and product visualization industries.

These do not provide the specific feature lists provided by software packages used in the entertainment industry but are very accurate when it comes to product modeling using parametric solid modeling techniques.

SketchUp, for example, is a popular tool boasting a user-friendly interface; making it perfect for beginners interested in 3D modeling for architectural work.

Pretty much any of the above-mentioned software packages can be used in Law and medical industries.

In a 3D animation, everything needs to be created or “modeled”; thus 3D modeling the characters, props and environments is a crucial part of every 3D animation studio’s pipeline. 3D models are surface representations of objects created in a 3D environment like 3D software.

Approved 3D models can go back in the pipeline from here. The proxy models used in the 3D layout can be replaced with the final models; enabling the layout artist to better adjust the scene for instance.

The final models will be delivered to the texture artist to be painted and shaded (3D texturing). The rigging artist can also start working on their control systems and getting them prepared for the animation stage (3D rigging).

Thank you for sharing with us this

You’re welcome Alia, thanks for dropping us a comment.

Precisely, every newcomers should taking notes of each valuable information. Thanks for sharing this great effort, i will certainly recommend this to my outsourcing team. Reading this information could help them in their new task about 3D modeling & rendering.

The workflow section I like, you simply describe for beginners. Beginner artist does not follow the correct workflow. The workflow also depends on the project

I really like how you break down the topic and use pictures to illustrate the points. great article

Thank you very much Jonah, it’s such a relief to hear that.

Is 3d modeling workflow an absolute step in animation production pipeline? or can we skip that?

Hi Tola, I’ve sent over your question to our production team. We’ll get back with an answer in no time.

That’s a great blog. Thanks for sharing useful information with us.

I was searching for this for a long time. Thanks for sharing!!

This is great to hear. Thanks for sharing your thoughts with us!